Become a part of Wyman’s leading local and national efforts:

Invest in Success
Become a Partner

Posted on December 18, 2017 by Adrian Sweetwood 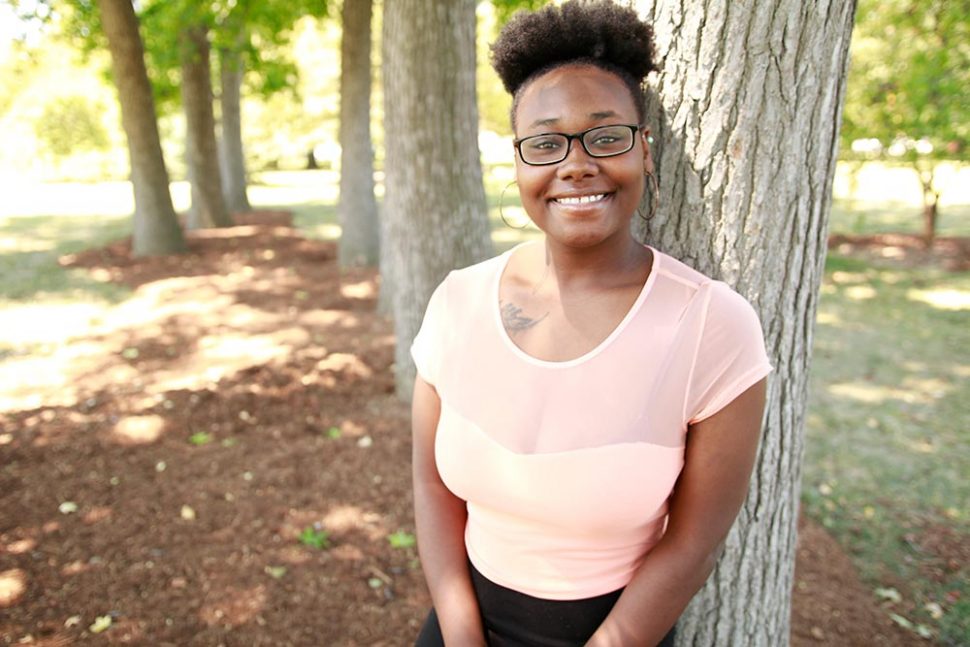 SINCE THE AGE OF 8, GRACIE has dreamed of becoming a veterinarian.

But since age 15, she began securing part-time jobs to help her family thrive. When her parents separated and her father moved to Georgia, she got her first part-time job because money was tight.

Two years later, her father was diagnosed with Alzheimer’s Disease and Dementia, and she added another part-time job to pay for her family’s growing needs. Soon, she and her mother began caring for him.

Gracie represents one of the 3,000 teens that Wyman serves across the St. Louis region.

As a teenager, she was faced with formidable circumstances that could have taken her off course.

According to a 2006 study conducted by Civic Enterprises for the Bill and Melinda Gates Foundation, 22 percent of high school dropouts in the United States leave school to care for a family member.

Instead of signaling defeat, Gracie persisted.

“My life was chaotic, but I committed myself to everything I could,” said Gracie. “My Wyman counselors helped me realize that it was important to make time for myself, and focus on what I wanted to be. With mentors at my side, I had a renewed sense of purpose, and I was ready to start over.”

Today, Gracie is double-majoring in animal science and psychology to become an animal behaviorist.

Wyman helped her choose her career path, secure financial aid, pursue her college of choice, and land an internship—where she gained firsthand animal behavior experience. This part of Wyman’s Teen Leadership Program is made possible through a collaboration with STL Youth Jobs and the United Way.

This entry was posted in Featured Articles: General, Success Stories. Bookmark the permalink.